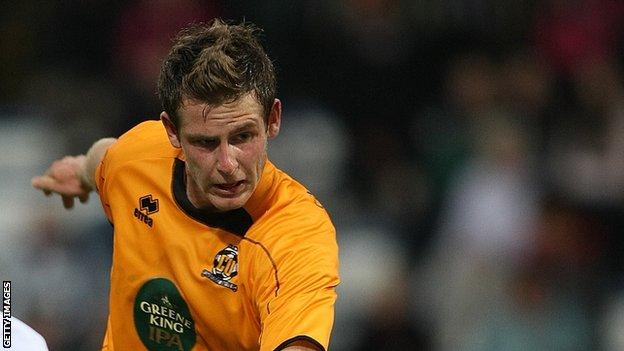 The 21-year-old U's youth product will be given another season to prove he can match the expectancy he has carried since his debut in November 2009.

He scored 90 goals across three seasons for Cambridge's youth team and has netted just 11 times in 47 games for the senior side.

"He's one of ours. We still think he's got ability and potential," boss Jez George told BBC Radio Cambridgeshire.

"We know sometimes he's the centre of attention when people are asking me why he's not playing.

Marriott was restricted to 12 Blue Square Bet Premier appearances last season and was loaned out to neighbours Cambridge City, where he scored four goals in five games.