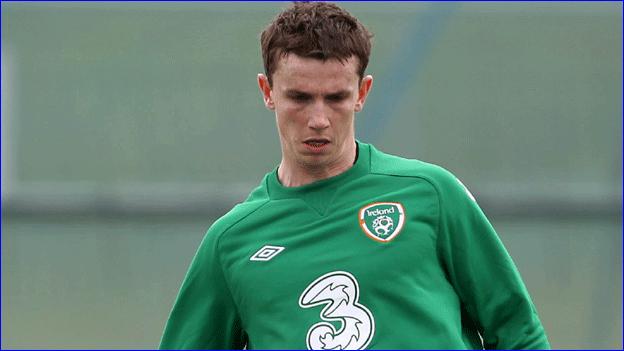 Kevin Foley has missed out on Euro 2012 and been replaced in the Republic of Ireland's 23-man squad by Paul McShane.

It was initially thought that the Wolves defender had failed to recover sufficiently from a hamstring injury.

However, Foley, 27, played the second half of Tuesday's friendly against a Tuscan Select XI in Italy.

With fitness concerns remaining over Richard Dunne and John O'Shea, McShane has been selected ahead of Foley because of his versatility.

"We thought very hard about what was the best and most appropriate decision," said coach Giovanni Trapattoni.

"We based our decision on the fact the centre-halves - Richard Dunne, John O'Shea and Darren O'Dea - all have problems. We are not sure if they will be 100%.

"McShane did a careful medical check and we decided to include him in the 23.

"The reason behind this is we need one more central defender and we know they are more subject to bookings.

"I spoke to Kevin this morning and with regret, I communicated my decision to him. Obviously, he was clearly upset. Also me.

"But I have a responsibility to our team and the Irish nation. It's my duty to take this decision disregarding personal feeling."

The personnel switch is Ireland's second in three days after midfielder Paul Green took the place of injured Keith Fahey at the weekend.

Though Trapattoni has offered Foley the opportunity to remain with the squad, the player cut a disconsolate figure when he was spotted in a park close to the team's Montecatini hotel ahead of Tuesday's friendly.

He was named among the substitutes along with David Forde, Aiden McGeady, Kevin Doyle, Shane Long, Jon Walters, Darron Gibson and Stephen Ward for Tuesday's match, which his team won 5-0.

Sunderland defender O'Shea was not in the squad for the friendly as he works his way back from an ankle problem.

He will have just one chance to prove his fitness ahead of Euro 2012 in next Monday's friendly against Hungary in Budapest.

Republic of Ireland squad for Euro 2012