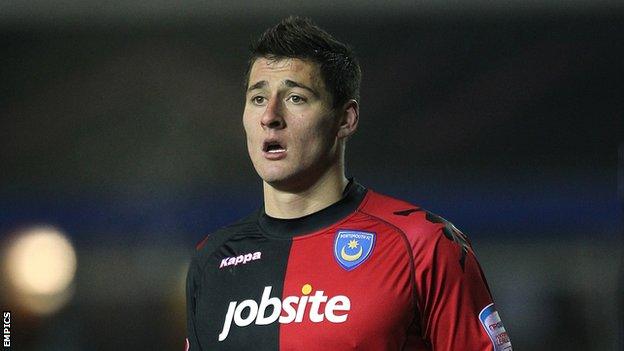 Crystal Palace have signed Joel Ward from Portsmouth for a fee of £400,000.

The 22-year-old defender, who made 44 league appearances for Pompey last season, has signed a four-year deal at Selhurst Park.

Eagles assistant manager Lennie Lawrence told the club website: "Joel has been a long-term target and this signing is a real coup.

"We have had severe competition for his signature and are absolutely delighted he has chosen us."

He added: "We firmly believe he will be a Premier League player one day."

Ward signed for Portsmouth in the summer of 2008 as a trainee and subsequently joined Bournemouth on a season-long loan.

The highly-rated youngster played 96 games in all competitions during his four-year spell at Fratton Park.