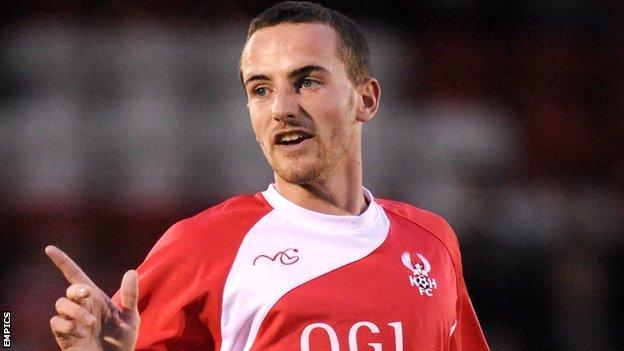 Vincent, 21, has scored three times in 30 appearances since signing from Stockport at the start of last season.

But he has been told that more is expected from him next term.

"We've already told him that he needs to do better and he can do better - and obviously that's why we have signed him," Harriers assistant manager Gary Whild told BBC Hereford and Worcester.

I know I can get a lot more goals

"He'll be the first to tell you that he can do a lot better and will be striving to do so next season."

Vincent added: "My aim next season is to score more.

"For a midfielder, I have a lot of energy and I know I can get a lot more goals.

"I have really enjoyed my time at Kidderminster so far and can't wait to get going again."

Vincent - along with Harriers team-mates Marvin Johnson and Anthony Malbon - is now due to join up with the England C squad ahead of next week's International Challenge Cup group match in Russia.