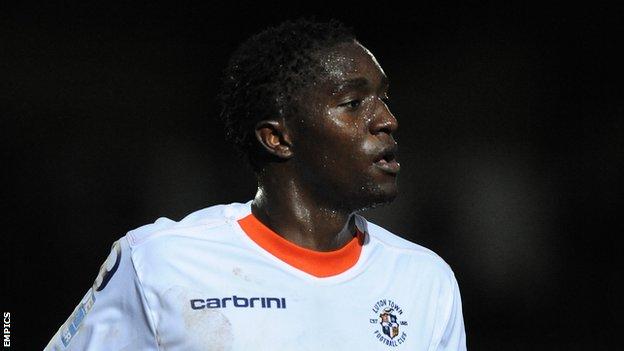 The 25-year-old, who made 32 appearances for the Hatters last season, previously played under Dons boss Terry Brown at Aldershot.

Osano told the club website: "I believe I am ready for the Football League. It is a learning curve for me, but it is exciting more than anything.

"I think the club will progress and I want to be a part of it."

Brown added: "He is a beast of a boy, who has great power and strength and is a very good overall defender."