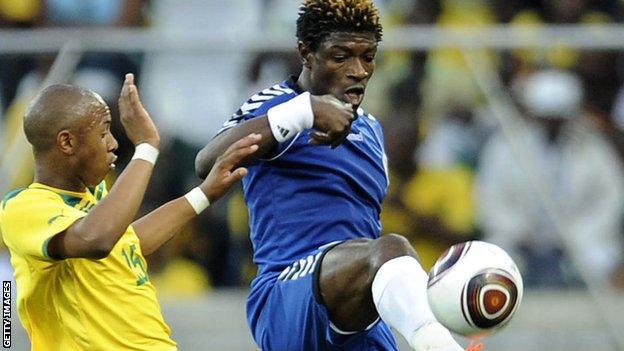 Sierra Leone's FA has finally given the Swede a permanent post, with the brief of qualifying for both the 2013 Africa Cup of Nations and 2014 World Cup.

"I've accepted the job and am delighted about it," said the 57-year-old.

Mattsson handled Sierra Leone's last four 2012 Africa Cup of Nations despite opposition from the FA at the time.

The Sierra Leone FA (SLFA) were keen for local coach Christian Cole to be given the job above the Swede, who was being employed by the Sports Ministry on a match-by-match basis and was not then recognised by the local FA.

"This time the SLFA and sports ministry are working together and the decision was taken by the two bodies," said Abdul Rahman Swarray, the SLFA's Acting Secretary General.

Under Mattsson's guidance, Sierra Leone have risen up the Fifa rankings, with their current position of 61st spot higher than former African champions Nigeria.

On Saturday, the Leone Stars open their 2014 World Cup campaign when hosting Cape Verde in Group B before travelling to Equatorial Guinea on 9-10 June.

Tunisia, a side that has represented Africa four times at the World Cup, makes up the group.

Mattsson must also negotiate a 2013 Nations Cup tie against Sao Tome and Principe next month, as the Leone Stars look to overturn a 2-1 deficit from the first leg.

The Swede was in charge of that game in February, with the approval of the SLFA for the first time in a competitive fixture.

Expressing happiness for his post, Mattsson has promised his best as he tries to steer Sierra Leone to a first Nations Cup since 1996.

"I've been given the mandate to guide Leone Stars to both the Nations Cup and World Cup finals but I must admit that it's a difficult task," he told BBC Sport.

"I'm not in Sierra Leone on vacation but to deliver what I'm requested to do and I'll try my best to deliver. My focus now is our match against Cape Verde."

Mattson, who first took charge of a Sierra Leone match in March 2011, has already invited 16 foreign-based players for Saturday's Group B game in Freetown.