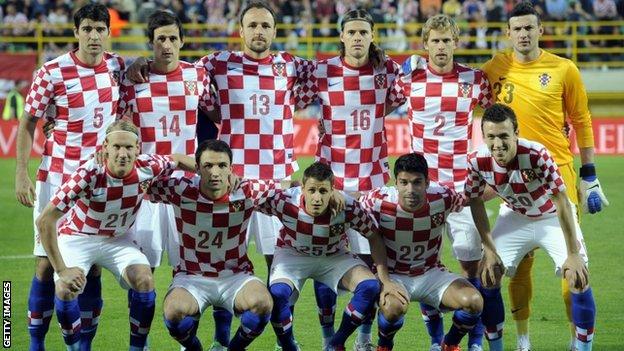 Defender Dejan Lovren and striker Nikola Kalinic have been left out of Croatia's 23-man squad for Euro 2012.

Lyon centre-back Lovren, 22, has an Achilles tendon injury while Kalinic, 24, is excluded despite scoring in Friday's 3-1 friendly win over Estonia.

"Lovren had two weeks to recover and pass a late fitness test but it was obvious immediately that he was in pain," said coach Slaven Bilic.

Bilic explained that the decision to leave out former Blackburn forward Kalinic was made to enable him to take additional midfielders in Ivo Ilicevic and Milan Badelj.

"Kalinic is always an option when we need five forwards but four can cover the European Championship," he added.

"Ilicevic is quick and not afraid to take on defenders, meaning that he can be a real bonus coming off the bench."

Croatia take on Norway in their final Euro 2012 warm-up on Saturday. They open their campaign against the Republic of Ireland on 10 June.