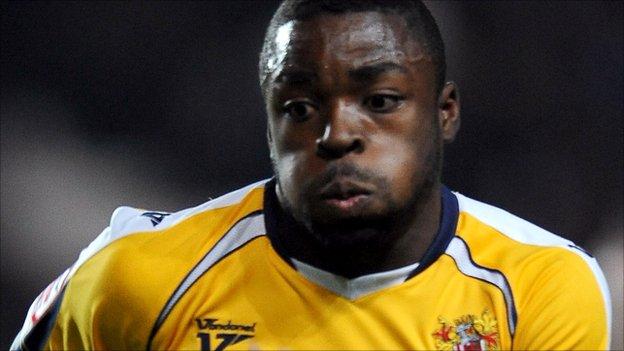 Gateshead striker Yemi Odubade has signed a one-year extension to his contract at the International Stadium.

"He is an exciting player on his day and I expect a lot from him," said manager Ian Bogie.

"He is a real threat with his pace and experience and will be raring to go after a good pre-season."

Bogie added: "The way we play suits his style and with last season's top scorer Jon Shaw gone we will need more goals from all of our strikers."

Odubade's availability during 2011-12 was hampered by a foot injury that struck midway through the campaign.

"Yemi missed 18 games last season due to breaking a metatarsal on two occasions, but hopefully will stay injury free this time around," Bogie added.

Prior to joining Gateshead, Odubade was a Conference promotion winner with Stevenage, and featured in the 2010 FA Trophy finals.