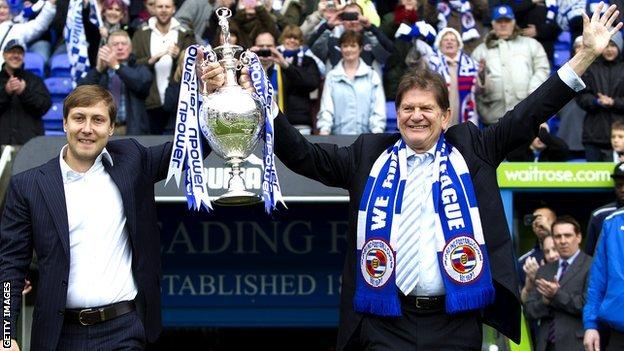 Reading have announced that the takeover of the club by Russian tycoon Anton Zingarevich has been completed.

A 51% acquisition by Thames Sports Investment has now been completed, complying with all Premier League and Football League requirements

Initially, the takeover was predicted to be completed soon after the January announcement, but the Royals' Premier League promotion delayed the procedure.

"We now enter another bright new era," read a statement from the club.

The deal is concluded exactly six weeks to the day since Reading manager Brian McDermott guided his side to automatic promotion from the Championship.

Playing in the top division of English football for at least the 2012/13 campaign will increase the Royals' revenues.

By reaching the top flight, Reading's takeover required additional Premier League approval, which has only just been forthcoming.

"A 51% acquisition by Thames Sports Investment has now been completed, complying with all Premier League and Football League requirements," read a club statement.

As well as the change in ownership, Reading also announced a reshuffle in the boardroom.