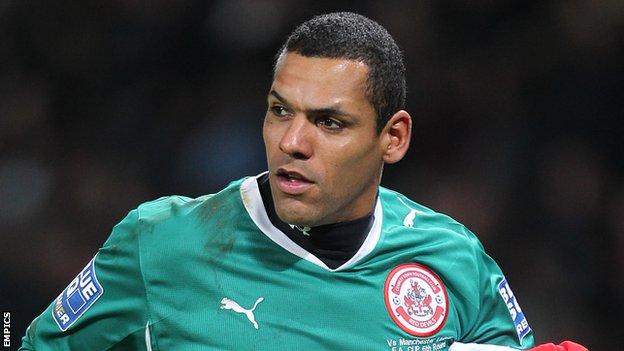 The 37-year-old, who made 17 appearances last season, will also help coach the club's young goalkeepers as part of the deal.

He told BBC Sussex: "I'm looking forward to seeing how we can compete in League One next season.

"I'm hard-working and dedicate myself to being in the best possible physical state to perform on the pitch."

The experienced stopper joined the West Sussex side in summer 2010 following a decade-long spell with Brighton & Hove Albion.

Kuipers has added back-to-back promotions with the Reds to the three he achieved while playing for the Seagulls at their former home Withdean Stadium.

"Experience is very important for a goalkeeper," the Dutchman added.

"I know what it takes to win leagues and get promotions. I hope I can help other players get that determination and winning mentality.

"I hope to fuel that feeling so they can improve their game.

"I've been fortunate to work with some good goalkeeping coaches and I've been trying to take in as much information as possible, digest it and take it into how I approach training."

Kuipers will compete with new signing Paul Jones for the number one jersey next season.