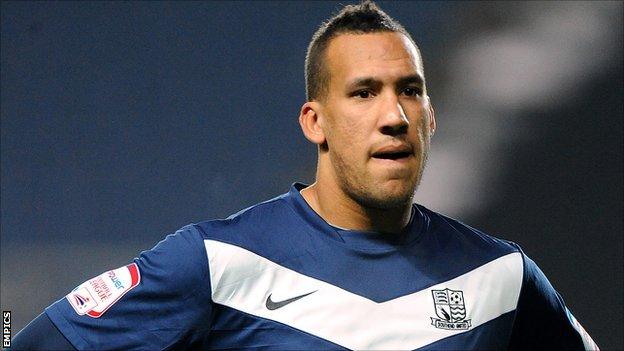 Southend United striker Liam Dickinson is set to leave the club when his contract expires next month.

BBC Essex understands the League Two play-off semi-finalists have decided not to take up the option of a second year on his current deal, which would have seen his wages increase.

The 26-year-old joined the club from Plymouth last July.

He netted 12 goals in 33 games before a broken ankle brought his season to a premature end.

The former Stockport and Brighton striker had to undergo surgery after suffering the injury against Crawley in March and sat out the last two months of the Blues' ultimately unsuccessful push for League Two promotion.

Prior to that, he was also one of three players punished internally by the club in February following what was described as a breach of discipline at a hotel.