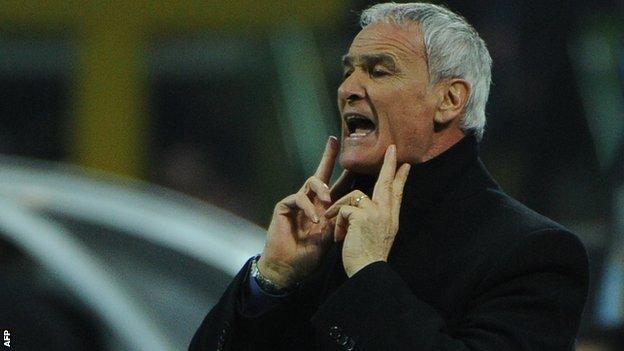 Monaco have appointed the former Chelsea manager Claudio Ranieri as their new coach, ending speculation linking him with a move to West Brom.

Italian Ranieri has signed a two-year deal with the French Ligue 2 club with the option for a further 12 months.

He held two rounds of talks with the Baggies earlier this month over the possibility of succeeding Roy Hodgson after his England appointment.

A Monaco statement read: "He clearly emerged as the outstanding candidate."

It continued: "He is regarded as one of the leading coaches in modern European football and brings to Monaco a wealth of experience and achievement in the game."

The 60-year-old, who was at Stamford Bridge from 2000 to 2004, has most recently been employed in his homeland, with spells at Parma, Juventus and Roma before an ill-fated stint at Inter Milan ended in March.

The former Schalke manager Ralf Rangnick and Birmingham's Chris Hughton are now the two frontrunners for the vacant Baggies post.