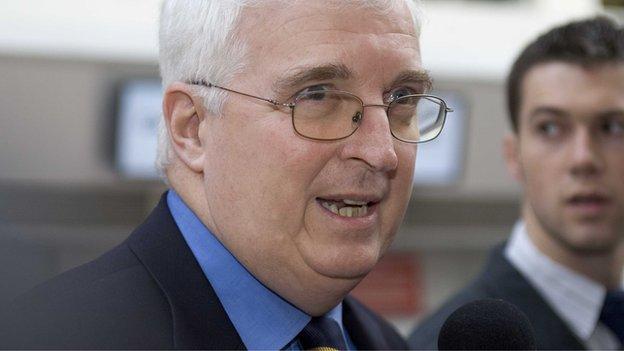 Rangers "got away lightly" with recent sanctions for bringing the game into disrepute, according to the former Scottish FA president John McBeth.

The Ibrox club had a 12-month transfer embargo imposed by the SFA overturned by the Court of Session on Tuesday.

Speaking to BBC Scotland, John MacBeth said: ''Rangers got away lightly with their transfer embargo.''

And MacBeth said the SFA could impose stricter punishment on the club.

''The SFA should go away and look at their books to determine what their next step should be," he continued. "They could throw them out of the league.''

McBeth, who was a vocal critic of FIFA president Sepp Blatter while in office, also claimed that SPL clubs could survive in a league without Rangers.

''Football would survive without Rangers, maybe not at the same level, and the game would may be lose some fans - but so be it,'' he said.