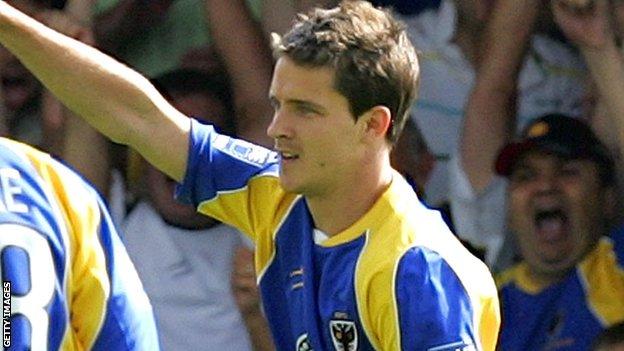 Welling United's new signing Jon Main feels he has a point to prove after recovering from a knee ligament injury.

The former Tonbridge Angels striker missed the second half of last season and was released from Longmead at the end of the campaign.

The 31-year-old told BBC Radio Kent: "I started running a couple of weeks ago and the knee feels alright.

"I want to prove a few people wrong. I need to get my head down, score a few goals and get my name in the paper."

Main continued: "I had a bad year last year and I expected to get released. I understand why but I've just got to put that behind me now and work hard in pre-season."

Main will link up with another former Dons striker, Luis Cumbers, at Welling but said player-manager Jamie Day was the main reason behind his decision to join club.

"I've played against him a few times and I know a few players and nobody has anything but good things to say about him.

"As soon as I got released he got in contact but I'm going to have to battle (for a place). He promised me that I'd enjoy it and he'd get me scoring goals again," Main added.

Welling United missed out on promotion from the Blue Square Bet South division after losing to Dartford in the play-offs.