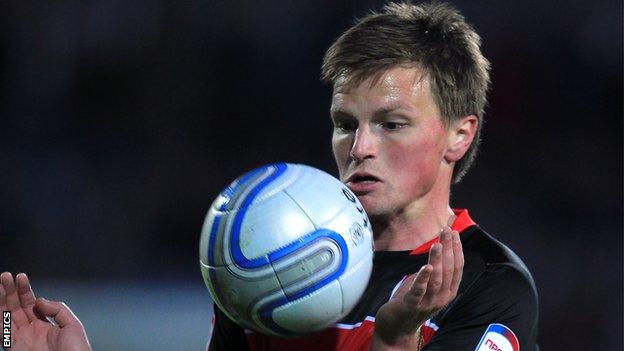 The 23-year-old's current deal was set to expire at the end of June and there were doubts over the Irishman's future at Stadium MK.

A central figure to the club's passing style of play, Gleeson has made 117 appearances since joining from Wolves, initially on loan, in March 2009.

Stephen Gleeson is possibly one of the most talented players that I have worked with in a long, long time and I think he has what it takes to play in the Premier League one day

"I do want to play at a higher level, but I want to do it with this team," he told the club website.

"I have been here for three years now, I have made a lot of friends and I am settled in the area.

"I want to get into the Championship with this team and with the manager."

The Dons were able to keep hold of Gleeson last year, despite strong interest from Peterborough United.

But it was thought the Republic of Ireland international may have finally moved away this summer, after Karl Robinson's side failed to get past the League One play-off semi-finals for the second year running.

"The defeat at Huddersfield hurt a lot but it shows that everyone cares and everyone has the same ambition and that only confirmed to me that I want to get there with this team and this club."

Robinson added: "I am ecstatic - this is the best signing of the summer because he is one of the best midfielders in the league.

"Stephen is putting his own personal career on hold, I know he gets some criticism but he has turned down Championship moves for us, he has put his own career on hold for the fans and for his team-mates here at MK Dons and it shows the mark of him as an individual that he is willing to do that.

"Stephen Gleeson is possibly one of the most talented players that I have worked with in a long, long time and I think he has what it takes to play in the Premier League one day."