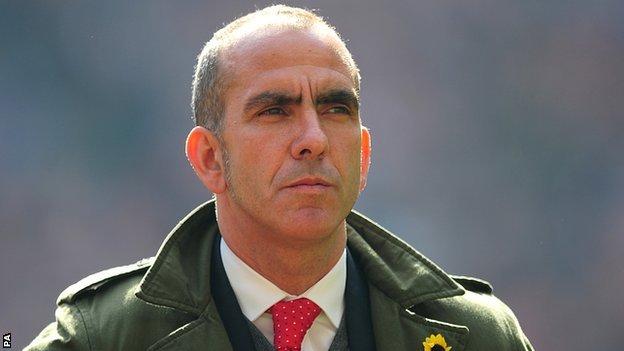 Swindon Town manager Paolo di Canio has signed a two-year contract extension, keeping him at the club until 2015.

The Italian recently led the Robins to the League Two title in his first season in charge at the County Ground.

"I'm very happy, we can start work again and I'm more than glad to be here. I feel totally part of the plan," Di Canio told BBC Wiltshire.

Paolo has been a spectacular success in his first year

"We'll try to do everything to gain the next promotion, but we know it'll be more difficult."

He added: "It's obvious that we have to be honest, we won the league very well with a good squad but the next level is a different level and it's obvious we are starting a little bit behind the clubs that were close to winning (promotion from) the league - and Coventry and Portsmouth.

"But I have watched many League One games in the last few days and I have to tell you if we can bring in the players that I would like to have then we can have satisfaction.

"Approximately, I would need seven or eight players because this is the number that can guarantee a good start to the season and see where we are in December."

The former West Ham striker succeeded Paul Hart at the County Ground after Swindon were relegated from League One in 2011.

And as well as leading them to promotion, he also guided the team to the Johnstone's Paint Trophy final, only for them to lose to to Chesterfield.

Chairman Jeremy Wray told Swindon's website: "Paolo has been a spectacular success in his first year.

"From the outset he has given assurance of his commitments to Swindon, as long as we had a shared goal of reaching the Championship within three years."

However, Di Canio is currently being investigated by the Football Association about claims that he racially abused striker Jonathan Tehoue, who joined the Robins in March before making just one start and two substitute appearances.