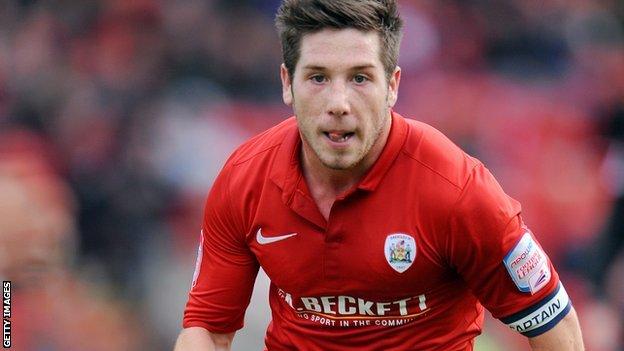 The midfielder, 21, has been linked with a number of Premier League sides and Hill stated last month that he expected to him to go.

"We've made the best financial offer we can and it's getting to a time where he needs to make a decision," he told BBC Radio Sheffield.

"I'd encourage him to stay here and play one more season with Barnsley."

He added: "If he did that and showcased his ability the way he was doing in the first half of last season then we'd endorse him moving to an elite side.

"I'm not optimistic that he will stay but I've got a good relationship with Jacob and his agent."

Should Butterfield choose to leave Oakwell the Tykes would be owed a fee by whoever he signed for, as he is under 23.

Before injury curtailed his season in December, he scored five goals in 25 appearances in the 2011/12 season.