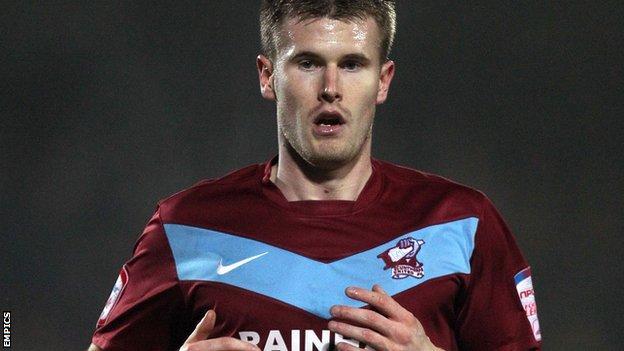 The 24-year-old will join the Millers on 1 July after his contract with the Iron expires.

"I spoke to Steve Evans on Wednesday and within 10 minutes I'd made up my mind," he told the club website.

"It's stepping down a league to come to League Two but it wasn't a tough decision as everyone I've spoken to says this club is going places."

O'Connor made 97 league appearances in his three seasons at Glanford Park, scoring 12 goals.