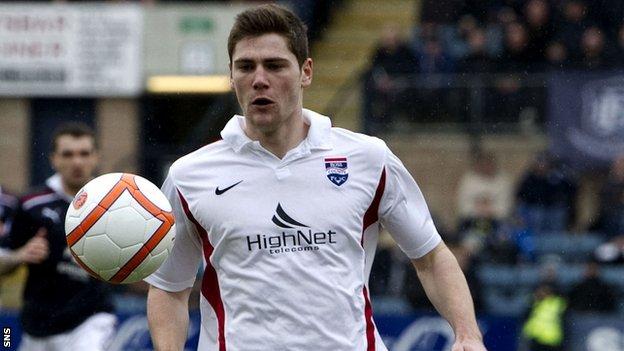 Iain Vigurs has become the latest Ross County player to commit himself to the club for their debut season in the Scottish Premier League.

The midfielder has made almost 100 appearances since joining in 2009.

"Having only turned 24 years of age in May, Iain is a fantastic prospect with superb ability and technique," manager Derek Adams told the club website.

"He has already been a great servant to the club but I am certain there is a lot more to come.

"I am delighted that he will remain in a County shirt as he continues to develop and mature as a player."