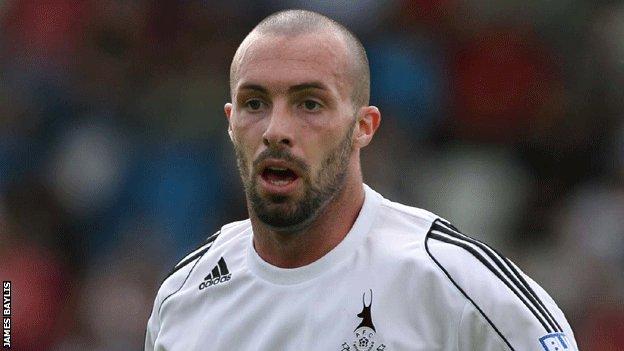 Nuneaton Town have made midfielder Jon Adams their first signing since winning promotion to the non-league top flight.

Released by AFC Telford, he has agreed terms with the newly-promoted Blue Square Bet Premier side to link up with three other ex-Bucks players, Simon Forsdick, Lee Moore and Andy Brown.

And assistant manager Ken Gillard has also left the club.

Meanwhile, right-back Neil Cartwright has yet to agree terms at Liberty Way.

"And Lee Moore is also set to feature in the pre-season friendlies in a bid to earn a deal. "

Adams, who went out on loan to Nuneaton's neighbours Leamington last season, has not featured for Telford since their FA Cup first round defeat in November.