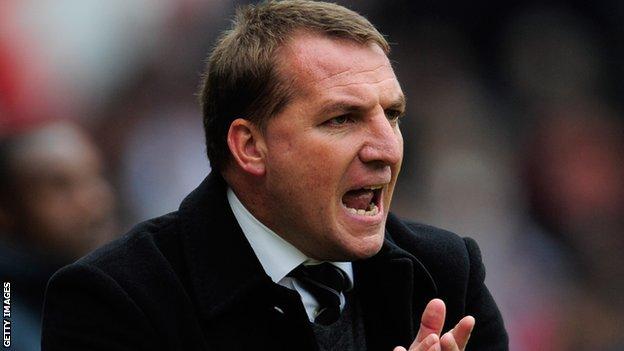 Brendan Rodgers has agreed a deal to become the new manager of Liverpool Football Club.

The 39-year-old will sign a three-year contract at Anfield and his appointment is likely to be officially confirmed within 24 hours.

Liverpool will pay Swansea City between £4m and £5m in compensation to secure the Northern Irishman's services.

Liverpool sacked former manager Kenny Dalglish on 16 May after finishing eighth in the Premier League.

In contrast, Rodgers guided his Swansea side to an impressive first season in the top flight, including a 1-0 win over Liverpool on the final day of the season.

After parting ways with Dalglish, Liverpool embarked on an extensive search for a new manager.

Rodgers declined the opportunity to speak to Liverpool about the vacancy 12 days ago, and instead the club's hierarchy sought a meeting with Wigan's Martinez.

"I like everything in him. He is ambitious and does not see football very differently from myself. He is open, likes to learn and likes to communicate"

But it appears Rodgers was always the preferred candidate, despite Wigan chairman Dave Whelan at one point suggesting his manager had been offered the job at Anfield.

Rodgers' managerial career began at Watford in 2008 after coaching spells at Reading and Chelsea.

His return to Reading was an unhappy one but, after his appointment as Swansea boss in July 2010, Rodgers guided his Welsh side to promotion to the top flight in May 2011, making Swansea the first Welsh team to reach the Premier League.

BBC Match of the Day presenter Gary Lineker tweeted: "I feel this could be a very shrewd appointment. Totally gets the way the game's evolving."

Another former England striker, Michael Owen, wrote on Twitter: "Brendan Rodgers to Liverpool. Could be a good bit of business. Looking forward to next season's Premier League already!"