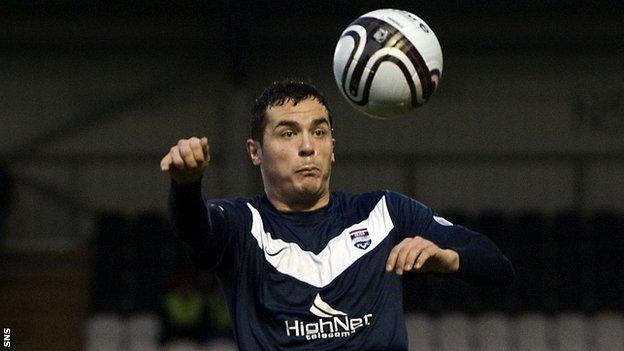 The 25-year-old brought an end to his spell in Dingwall by helping County win the First Division title and promotion to the Scottish Premier League.

"This is a great opportunity for me," Miller told the St Johnstone website.

"It was a big decision to make after five years with Ross County and their promotion to the SPL but I believe this is the right thing for me."

I had options elsewhere

Miller is now savouring the prospect of boosting Saints' chances in next season's Europa League qualifiers.

"County are a great club and it was a great season and I wish them all the best but my priority now is St Johnstone," he added.

"I spoke to [St Johnstone Under-19s coach] Alex Cleland, who was my youth coach at Livingston and that has influenced me.

"I had options elsewhere but I'm looking forward to getting started with the Europa League being a new experience for me."