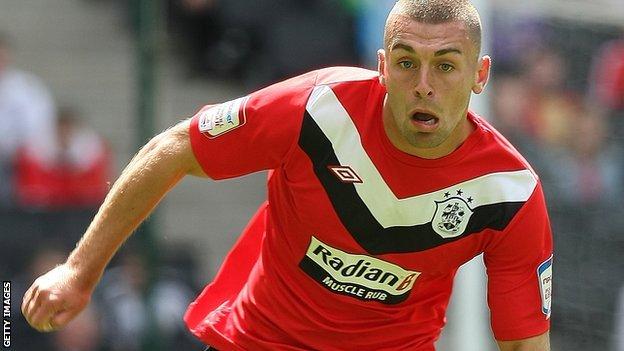 Huddersfield Town full-back Jack Hunt has extended his contract until 2014.

The 21-year-old full-back, whose previous deal ran out in 2013, helped the Terriers to promotion from League One on Saturday.

"It was agreed a while ago but the chairman and I thought it best to keep it quiet until after the play-offs," he told BBC Radio Leeds.

"I had a lot of confidence that we'd go up. It wasn't a hard decision for me to make to sign a new deal."

He added: "I didn't think I'd be playing as much as I did last season and for the new manager to come in and keep picking me meant a lot.

"There's exciting times ahead for this football club."

Hunt made 50 appearances in all competitions for Simon Grayson's side in 2011/12 and scored their second goal in the 2-0 win at MK Dons in the first leg of the play-off semi-final.

The club have the option of an additional season at the end of Hunt's new deal.