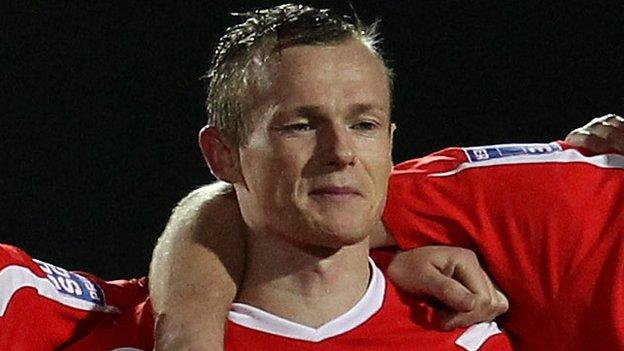 Former Peterborough midfielder Keates has made 75 appearances for Wrexham since joining from Wycombe Wanderers two years ago.

"I'm happy to have sorted things out and now looking forward to another successful season," said Keates.

Wales Under-21 striker Ogleby joined Wrexham from Hearts in January.

"I've really enjoyed being at Wrexham over the last four months. I've settled into life here and feel part of the squad," he said.