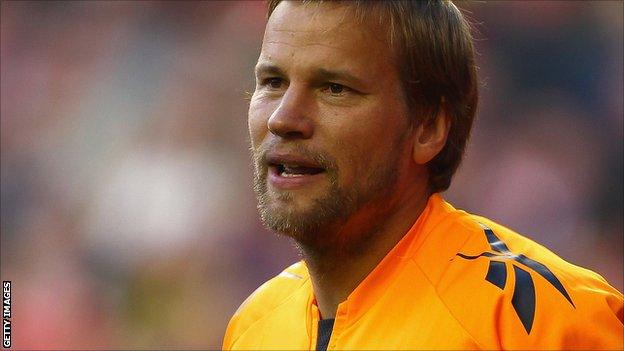 Jussi Jaaskelainen is set to end his 15-year stay at Bolton Wanderers.

BBC Radio Manchester has learned the veteran goalkeeper is set to reject an offer to remain with the Trotters, for whom he has played 529 games.

Adam Bogdan was preferred to Jaaskelainen for the second half of last season, the Finn's last appearance

West Ham, managed by former Bolton boss Sam Allardyce, have been strongly linked with a move for the 37-year-old.

Finland international Jaaskelainen moved to England from VPS Vaasa in 1997 and, following Bolton's promotion to the top flight in 2001, became one of the most highly-rated goalkeepers in the Premier League.

Bolton allowed 15 players to leave following their relegation from the Premier League earlier this month.