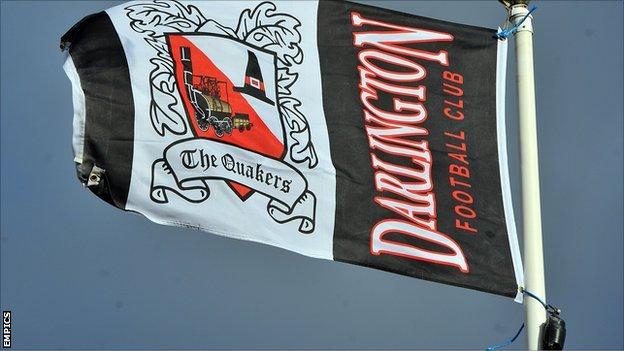 Darlington have confirmed they will appeal against the

The Quakers were denied a place with the Football Conference after they failed to secure a Company Voluntary Agreement with creditors.

Instead, DFC 1883 Limited bought the club's assets from the former holding company, to avoid repaying the debt.

Darlington had hoped to play in the higher Northern Premier Division.

Craig Liddle's side were relegated from the Blue Square Bet Premier last season, and would normally have dropped into the Conference's Northern section.

The club will now groundshare with Bishop Auckland, following an initial plan to share with fellow Northern League side Shildon.

Shildon had been chosen as the club's temporary venue following the decision to leave the Darlington Arena at the end of the last campaign.