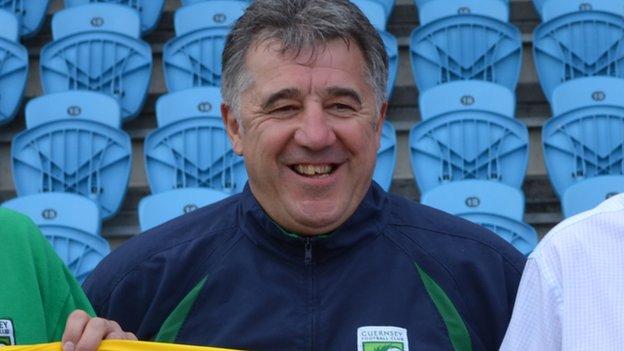 Guernsey FC assistant manager Colin Fallaize says his side must be well-prepared for pre-season training.

The Green Lions are set for their first year in the Combined Counties Premier Division after being promoted.

The new league means they will have an earlier start for the 2012-13 campaign with training beginning on 12 June.

"Hopefully the boys have been looking after themselves to a level that when they arrive at pre-season they're ready to hit the ground running," ha said.

This season the club will open their pre-season campaign against Ryman League side Leatherhead on 21 July before taking on Blue Square Bet South club Farnborough a week later.

"Pre-season friendlies are going to be starting in mid-July because it's a very early start in August for this league," Fallaize told BBC Guernsey.

"We've got to be up and running a lot earlier than we would normally be at club level.

"If we can continue to make little improvements in all corners then I believe we can go on next season and do well."