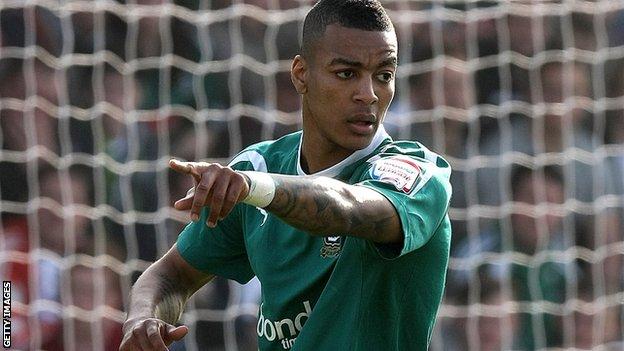 The 20-year-old joined Argyle after being released by Aston Villa last season having graduated through the Premier League side's academy.

The right-back started 33 matches for Argyle and was an ever-present during the first three months of the season.

Berry was out of contract having signed a one-year deal 12 months ago, but the club have not revealed how long his new deal will last for.

"If you look at the whole squad Durrell's probably, one of the most improved during the last season," manager Carl Fletcher told BBC Sport.

"A lot of people forget that it was his first full season in competitive football.

"He's still young, he was only 18 when he started, and he's progressed nicely throughout last season in becoming an integral part of a solid defensive unit.

"For the the club it's great, he's still young, he's still got a bit to learn, but he's the kind of player that we want at the football club."