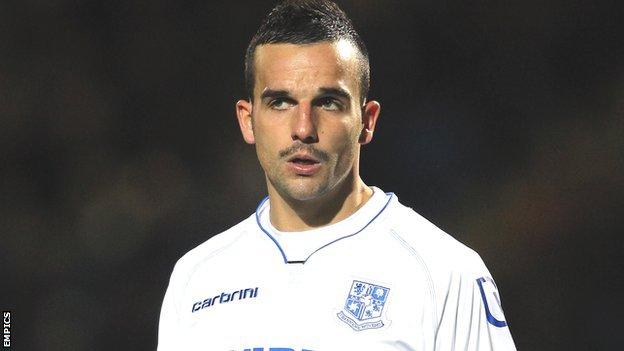 Burton Albion manager Gary Rowett has made his first permanent signing with the capture of midfielder Robbie Weir.

The 23-year-old, who has been released by Tranmere Rovers, has signed a two-year contract.

Rowett says the move was heavily influenced by his assistant boss Kevin Summerfield, who coached Weir during their time together at Prenton Park.

"Robbie is a real box-to-box midfielder and full of energy as well. He has that athleticism we need," Rowett added.

"He was a little unlucky to be released from Tranmere. He played 40-odd games for them last season in League One so has the experience at a higher level that we are looking to try and bring in.

"There has been a bit of interest in him from League One clubs so we are pleased to have got him here. He is a good age as well and I am sure he is going to be a success for Burton Albion."