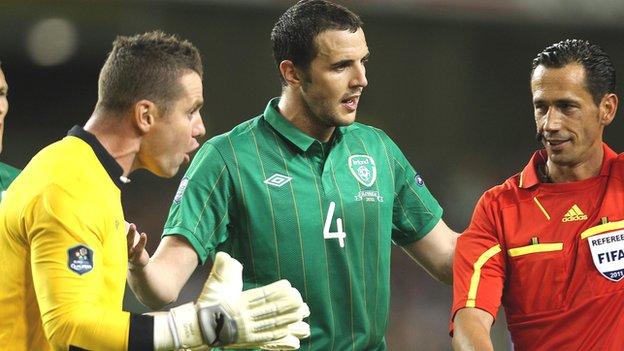 Republic of Ireland manager Giovanni Trapattoni has named the team which he expects to play in next Sunday's Euro 2012 opener against Croatia.

Trapattoni said the side will only change if a player is injured in Monday's friendly with Hungary.

Shay Given and John O'Shea are in the line-up after recovering from injury while Kevin Doyle starts in attack.

Trapattoni added that if the players remain fit, he is ready to name the same team for all three group games.

Goalkeeper Given had a knee injury while defender O'Shea is fit again after an ankle problem.

However, there is no place in the side for Sunderland winger James McClean.