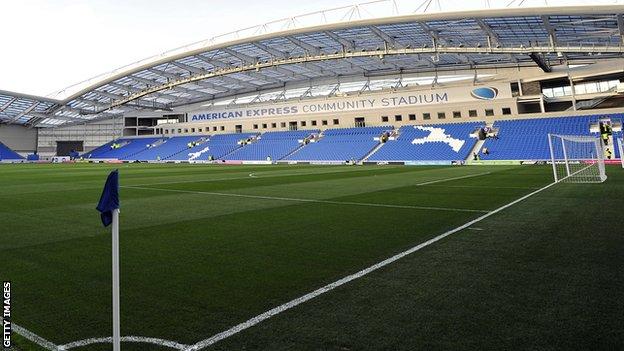 Martin Hinshelwood is leaving his post as head of youth football at Brighton & Hove Albion.

The 58-year-old has been in the role for 14 years and oversaw 31 trainees graduate to the first-team squad.

He told the club website: "I think I can take a step back and say it's been a job well done.

I owe a lot to Hinsh, he was always there for you whether it was good or bad times! He will be missed

"I will also take great personal satisfaction every time I see one of those players play, at any level of the game, professional or non-league."

Hinshelwood, who was assistant manager of the Seagulls from 1987 to 1994, also had a short spell as first-team manager in 2002.

"It has been a great 14 years. They've flown by and been tremendous fun," he added.

"I will always be proud to have managed the club - however brief, and even if that didn't go as well as I would have liked."

"On behalf of everyone at the Albion, I thank him for the tremendous work he has done for the club"