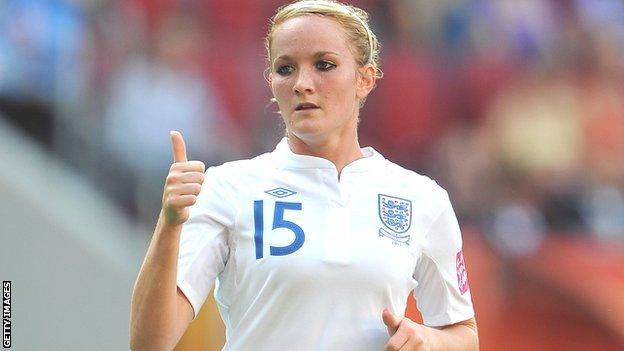 Bradley returned after an ankle injury as a substitute in the shock 2-1 home defeat against Doncaster Rovers Belles.

"We have to ease her back in," Harris told BBC Lincolnshire.

"She has a big year ahead and we want her to be fit for the whole season, as do England and Team GB for the Olympics. We do need to be sensible."

Harris, whose side are sixth in the eight-team Super League after picking up five points from five matches, said Bradley's return was "a big boost" and it was tempting to play her from the start against Doncaster.

"She trained on Tuesday and I wondered about starting her because she trained that well," he said.

Bradley was last week named in the England squad for the Euro 2013 qualifier against Netherlands on 17 June.