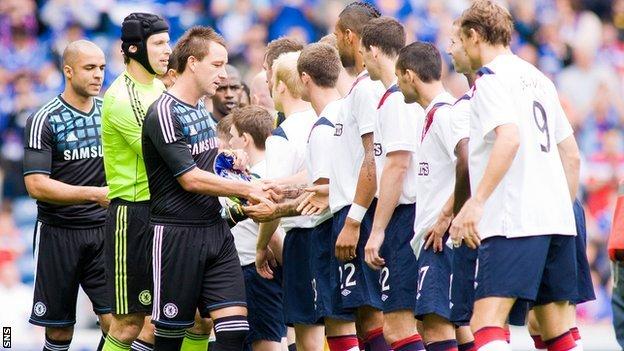 Both halves of the Old Firm will be allowed to postpone their Scottish Premier League fixtures on the weekend of 11/12 August to play friendlies.

Rangers and Celtic will both be scheduled to play at home that weekend.

Celtic have announced plans to face Spanish champions Real Madrid in the United States on 11 August.

"Any other club scheduled to play at home that weekend will also be offered the same flexibility," said a spokesperson for the league.

"The SPL Board is mindful of the benefit to Scottish football as a whole of its clubs participating in glamorous and lucrative matches against some of the world's highest-profile clubs.

"The SPL has therefore confirmed that, in line with an SPL Board decision taken in November 2011, Celtic FC and Rangers FC will be scheduled to play at home on the weekend of 11/12 August 2012.

"Both clubs will be allowed to postpone their games that weekend in order to play in friendly matches."