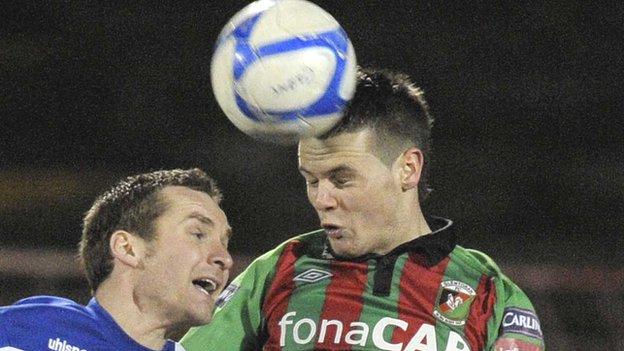 McGovern was a free agent after he was not offered a new deal with the Glens last month.

"He is still a young man but he's been playing Irish League football for a few years so he has plenty of experience," said Reds manager Tommy Breslin.

But his arrival was quickly followed by Smyth, also a full-back, leaving the club by mutual consent on Friday.

McGovern is the second close-season signing for the Solitude side, following the arrival of goalkeeper Conor Devlin last week.

McGovern made 136 appearances for Glentoran after joining the east Belfast club in 2007.