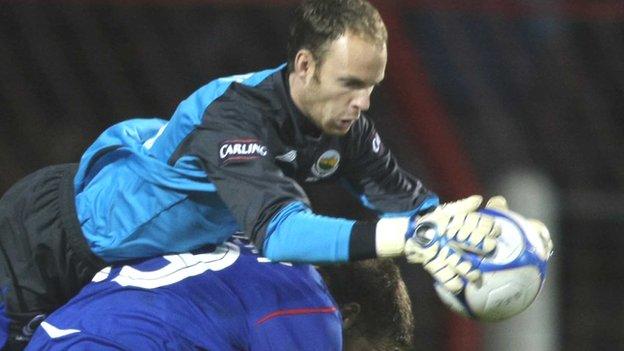 Goalkeeper Stuart Addis is back at Ballymena United five years after leaving the club.

The 32-year-old, whose former clubs include Glenavon and Dungannon Swifts, was recently released by Premiership champions Linfield.

Addis has agreed a one-year deal with the Showgrounds side.

United are also hoping to sign former Sky Blues striker David Cushley and Gary Thompson, after both were released by Lisburn Distillery.