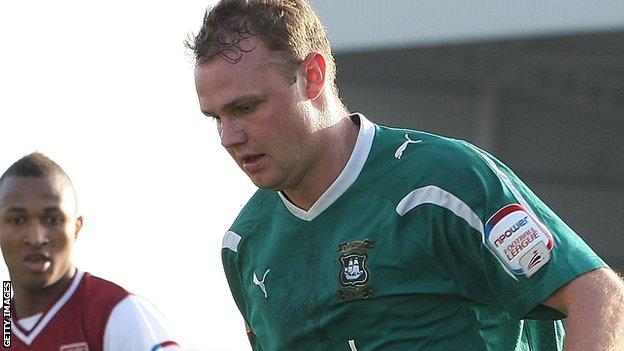 Plymouth Argyle manager Carl Fletcher says he will 'not wait forever' for Robbie Williams to sign a new contract at Home Park.

The 27-year-old is out of contract and is mulling over a new deal to keep him in Devon, having played 30 times for the club last season

"We'll try and get it sorted but we're not going to wait forever," Fletcher told BBC Sport.

Williams joined Argyle last summer after being released by Rochdale.

The former Barnsley, Huddersfield and Stockport left-sided player was one of Peter Reid's first signings last summer, along with Durrell Berry, who has signed a new deal.

"We made an offer to Robbie at the same time as Durrell," added Fletcher.

"Robbie did well towards the end of last season and did well in a good defensive unit, so we'll see how that goes in the coming weeks."