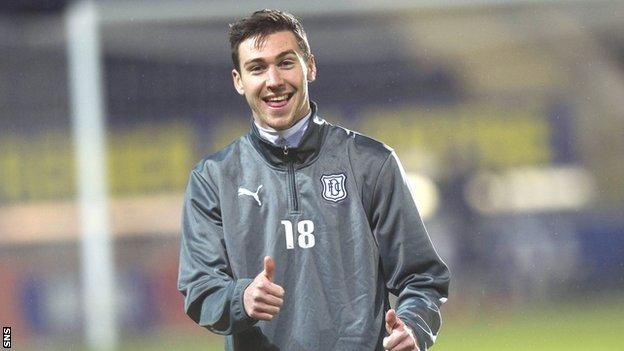 "I couldn't be happier to have both Carl and Declan joining us for next season," said manager Barry Smith.

"We know exactly what Carl brings to the team and to have him permanently at Dens is a boost for our front line."

And Smith said of former Celtic Under-19s and Stranraer defender Gallagher: "We have been watching Declan for many months and again he is a welcome addition to our squad."

Finnigan, 26, came through the youth ranks at Newcastle but never played for the first team.

He joined Falkirk in January 2007 and played there for four-and-a-half years until signing for the Perth Saints last summer.

Dundee chief executive Scot Gardiner said on the club website: "Both players will be formally introduced at Dens Park next week and are the culmination of a lot of hard work by the manager and myself.

"Their decision to walk away from the offers they had elsewhere in order to join our club is another reinforcement our vision for the new season."