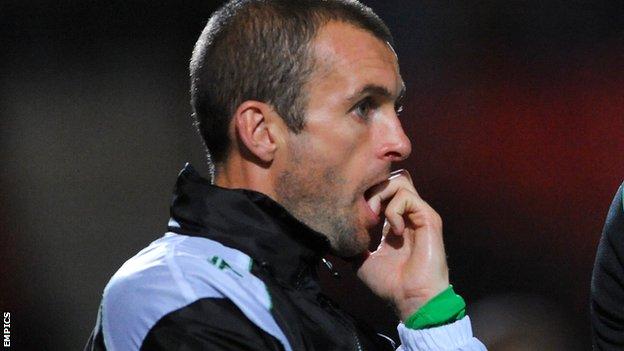 Player-coach Nathan Jones has left Yeovil Town after seven years at the League One club.

The 39-year-old former Brighton and Southend defender has played 211 games for the Huish Park outfit.

He was appointed assistant manager to Terry Skiverton in 2009 but moved to a coaching role when Gary Johnson returned as boss in January.

Jones made 23 appearances this season, his last game coming in March in the 2-1 win over Brentford.