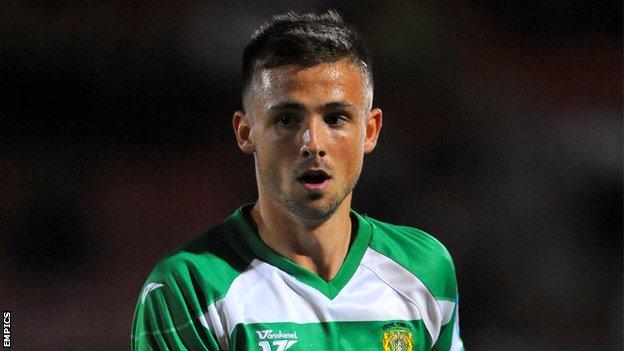 The 21-year-old spent the back end of last season on loan at Cambridge's Blue Square Bet Premier rivals Braintree, where he made 10 appearances.

The right-winger leaves the Glovers with 13 games to his name.

"Billy has a good pedigree, having come through Watford's academy, and is a young player with great potential," said U's boss Jez George.

"He is a player that we identified at the end of last season while he was on loan at Braintree.

"Billy will give us good balance, he carries a different threat to Harrison on the left and will be capable of creating and scoring goals.

"He is predominantly right footed, has fantastic technical ability and composure on the ball plus good delivery from wide areas with both feet.

"We have done a lot of work in the last few weeks to secure his signature and whilst some of our fans might not know too much about him, we see Billy as a really important addition to our squad and a player that will be a real asset for the club."