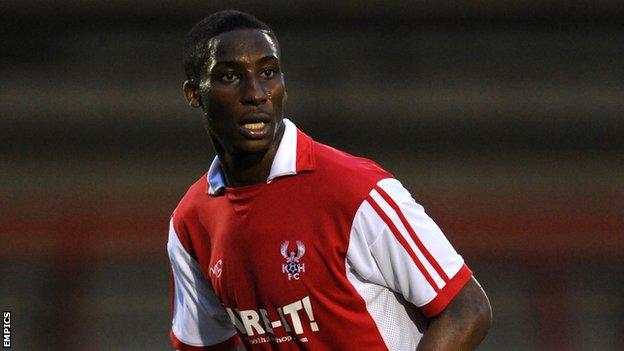 Kidderminster Harriers have agreed an initial £5,000 fee for Cheyenne Dunkley with Hednesford Town.

Defender Dunkley joined Harriers in June on a two-year deal, but the fee had to be arranged through a tribunal.

As part of the agreement, the fee could eventually rise to £7,000 depending on the player's appearances.

The 20-year-old came through the Crewe youth ranks before joining Hednesford permanently in 2010 following a series of short loan spells.

He featured 42 times last season for the Northern Premier Division side, as he earned a place in the division's Team of the Year.