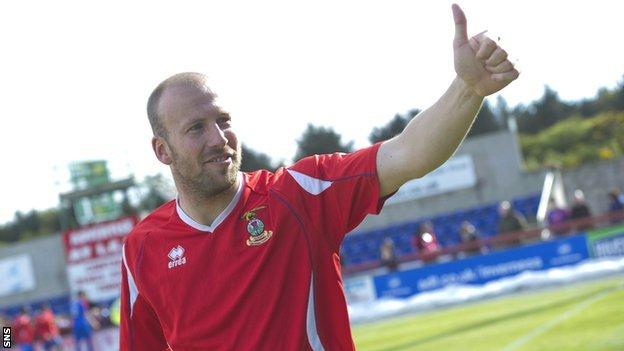 Ross Tokely is to leave Inverness Caledonian Thistle after 16 years at the Highland club.

The 33-year-old defender is the only player still at Caley Thistle from their time in the Third Division.

He was signed as a 17-year-old in 1996 by Steve Paterson and has since made more than 500 appearances.

BBC Scotland understands that current boss Terry Butcher did make out-of-contract Tokely an offer but it fell short of what the player is seeking.

Earlier this month, Tokely revealed that his preference was to stay at the club he joined from Huntly but warned that, given the stage he had reached in his career, he would need to be assured that an acceptable deal would be offered.

In the season just ended, the right-sided defender made 32 first-team appearances.