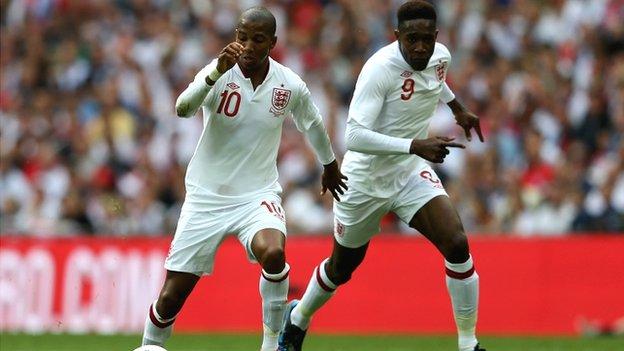 England's win over Belgium at Wembley means that new boss Roy Hodgson has now secured back-to-back 1-0 victories in his two games in charge.

As with their win in Norway last Saturday, England's opponents enjoyed most of the possession, with Belgium able to boast 59%. Hodgson's team also struggled to transform from their defensive shape to attack in a way that would concern opposition defences.

The England coach pointed out afterwards that Belgium did not trouble the England goal too much.

But with Real Madrid striker Karim Benzema expected to start for France in England's first game at Euro 2012, Laurent Blanc's team are unlikely to be so wasteful in front of goal.

"Belgium had only had one player sitting in midfield: Axel Witsel. Moussa Dembele was the other one and he is not a defensive midfielder. The other four midfield and forward players, including Eden Hazard, moved around. Marouane Fellaini played down the middle, and did so with a lot of freedom.

"People will say Belgium lost 1-0, but they dominated possession and will grow as a team.

"England sat in a zone and played a very organised game. Going forward they didn't offer a great a deal and at times looked very rigid.

"Ashley Young played up front and I do not think that is his position. I would bring James Milner, who played out wide against Belgium, into central midfield. I would then put Young out wide and free up Steven Gerrard because the skipper has got quality."

The game's key statistics (via Opta)