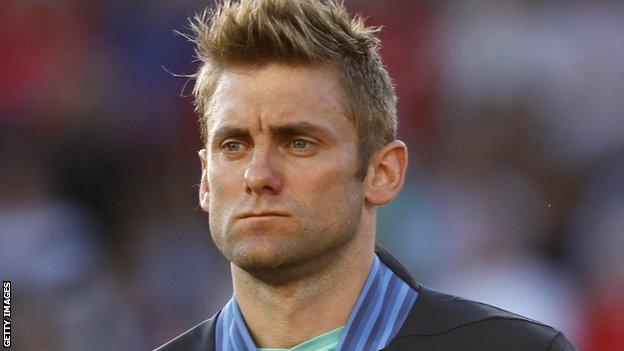 England international Green, 32, is out of contract at the end of June and has not agreed new terms despite the club's promotion back to the Premier League.

"Robert Green is a free agent, he has chosen to move on," Gold wrote on Twitter.

Green's departure is a disappointment to Gold as he believed the player would stay at Upton Park after the club clinched promotion last month with victory over Blackpool in the Championship play-off final at Wembley.

The former Norwich keeper was an unused substitute as England beat Belgium 1-0 at Wembley on Saturday in their final warm-up ahead of Euro 2012.

Green, who has 12 England caps, is expected to provide cover for Manchester City's Joe Hart at the tournament in Poland and Ukraine.

Reports have linked Bolton keeper Jussi Jaaskelainen, who played under West Ham manager Sam Allardyce at Bolton, with a move to West Ham.