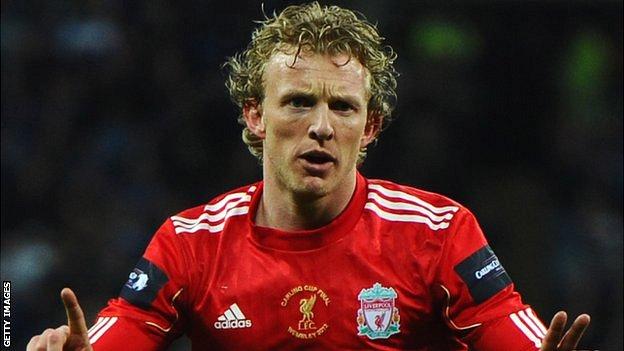 The Netherlands forward has agreed a three-year contract, after spending six years on Merseyside.

The 31-year-old signed for the Reds in 2006 from Feyenoord and made more than 250 appearances for the Anfield club, scoring 71 goals.

"Everyone would like to wish Dirk all the very best for the future and thank him for his contribution to the club," said a Liverpool statement.

When he signed for the Reds, Kuyt said: "For me, Liverpool is sure to be the dream club I was looking for.

"There was nothing of the calibre of Liverpool, a brilliant club with an enormous reputation."

He made his debut against West Ham United in August 2006, coming on as a substitute for Peter Crouch in Liverpool's 2-1 win.

His first goal for the club came a month later when he opened the scoring in the Reds' 2-0 win over Newcastle.

He quickly became a favourite with the Liverpool fans, helped by scoring both goals in a 2-1 win over Everton at Goodison Park in 2007 and a hat-trick against Manchester United in 2011.

Kuyt, who has more than 80 caps for the Netherlands, also scored in the Champions League final defeat to AC Milan in May 2007 and got Liverpool's second goal in the recent Carling Cup final against Cardiff before scoring a penalty in the shoot-out victory.

He found first-team opportunities harder to come by last season, making 22 Premier League starts, while he was a substitute in five of the Reds' last nine matches.

The former Utrecht striker is currently on international duty with the Dutch national side as they prepare for Euro 2012, where they begin on Saturday against Denmark.