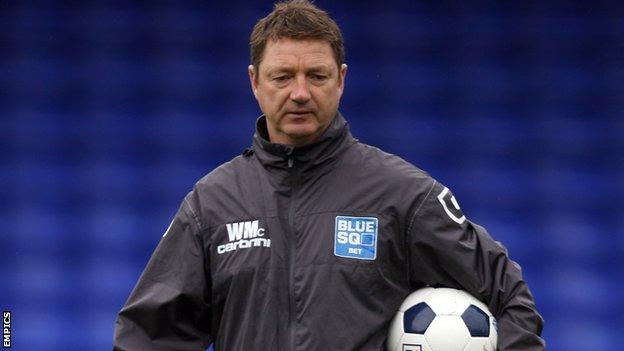 The 50-year-old has previously managed Sligo Rovers, Celtic's reserve team, Hungarian side Ujpest and Ross County, and also had a spell as assistant boss at Stockport County.

He has also coached the Scotland national team at youth level.

Who is Willie McStay?

Former Bristol City and Yeovil midfielder Russell will work as youth development coach and under-14s manager, while Canham will work as lead foundation phase coach as well as playing for non-league Romans.

Commenting on McStay's appointment, City manager Derek McInnes told the club website: "I'm sure his input will be pivotal. He brings with him bags of experience and knowledge from working in various countries.

"We're keen that he bridges the gap between academy and youth football and the first team. It's something he did very well during his time at Celtic, and that certainly wasn't easy.

"He comes with a great reputation and track record and is someone I've worked with before at St Johnstone, when he did some reports for me. I look forward to working with him again."

Academy director Tim Kirk added: "We needed someone with experience and a proven track record of nurturing youth players into the starting XI on a Saturday first-team matchday. This has been a missing link in the past.

"There is a lot of potential in the young players coming through and hopefully now they will be given the guidance to make that final breakthrough."