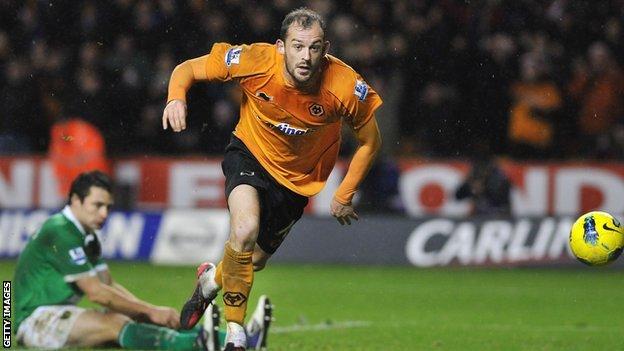 Former Scotland international Steven Fletcher is still in with a chance of playing for Team GB at the Olympics.

The Wolves frontman has made it into manager Stuart Pearce's provisional squad of 35, which will be cut down to 18 before the Games.

Fletcher is vying for the one remaining over-23 spot, with David Beckham and Craig Bellamy both in line to be named as overage players.

The final squad, to be announced on Friday, must list 15 players under 23.

Fletcher, who began his career at Hibernian, has not featured for Scotland since pulling out of the squad to face Northern Ireland in February 2011 by text.

And Scotland boss Craig Levein has confirmed he will not select the player again.

Scotland internationals Barry Bannan and David Goodwillie were among half a dozen Scots whose names were on the previous list of 80 players who were being considered for selection.

Celtic manager Neil Lennon revealed last month that Scotland's young player of the year, James Forrest, would not be available for the Olympic team due to Celtic's Champions League qualifiers.