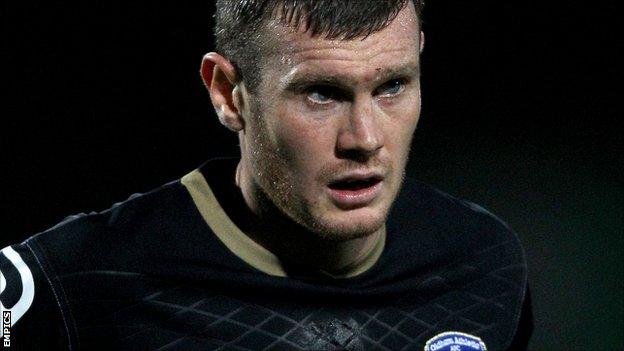 Burton Albion have signed defender Zander Diamond, 27, on a free transfer following his release from Oldham.

He moved to Oldham at the start of last season and played 31 times for the Latics, scoring two goals and leading the team in the absence of Dean Furman.

The former Scotland Under-21 international told the club website: "This is a great opportunity for me. I knew straight away that I wanted to come here and I'm just glad we got the contract side of things sorted really quickly."

Burton boss Rowett added: "I am really excited about Zander joining us. He is just the sort of defender I have wanted since last season ended.

"If it hadn't been for a contractual situation at Oldham last season, he would have had a full season in League One. I think we have done fantastically well to get him here to Burton."