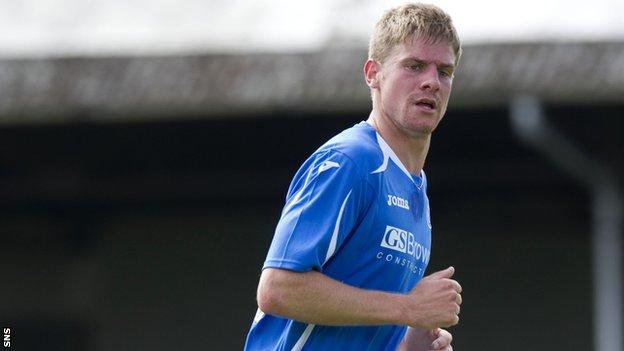 The 24-year-old joined the Perth side from Kilmarnock in 2010 but has only made 18 starts due to injury problems.

He has also enjoyed a spell on loan to Dundee, but manager Steve Lomas has opted to include the player in his plans for the forthcoming season.