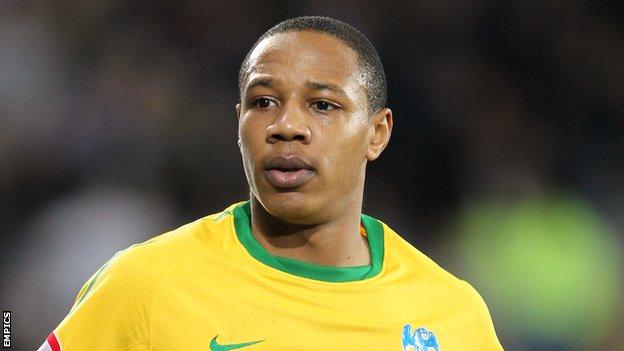 Crystal Palace co-chairman Steve Parish says they hope to agree a fee for the transfer of Nathaniel Clyne.

The highly-rated 21-year-old defender is out of contract at Selhurst Park but the Eagles are entitled to compensation for his services.

Parish told BBC London 94.9: "We offered Nathaniel a very big contract to stay. There are one or two clubs interested in him already.

"We're negotiating fees and trying to stop it going to a tribunal."

Meanwhile, Parish admits the Championship side would have to consider large offers for other promising youngsters such as Wilfried Zaha and Jonathan Williams.

The Eagles turned down a £7 million bid from Bolton for forward Zaha in the January transfer window.

"I guess for a club like Palace, everyone's got a price," Parish continued.

"It's a horrible thing to say in a way because we'd love to see a team succeed with the youth of the area at the heart of the team.

"Fingers crossed, we don't get a big offer for Wilfried or Jonny that we're forced to consider.

"There's nothing we'd like more than to get into the play-off places or even get promoted with the nucleus of the side coming from south London."

"We've got two strikers we're currently in negotiations with and we hope to have things concluded," Parish added.

"We're not unhappy with what we've got but we feel we need strengthen. We think it will be a busy summer."