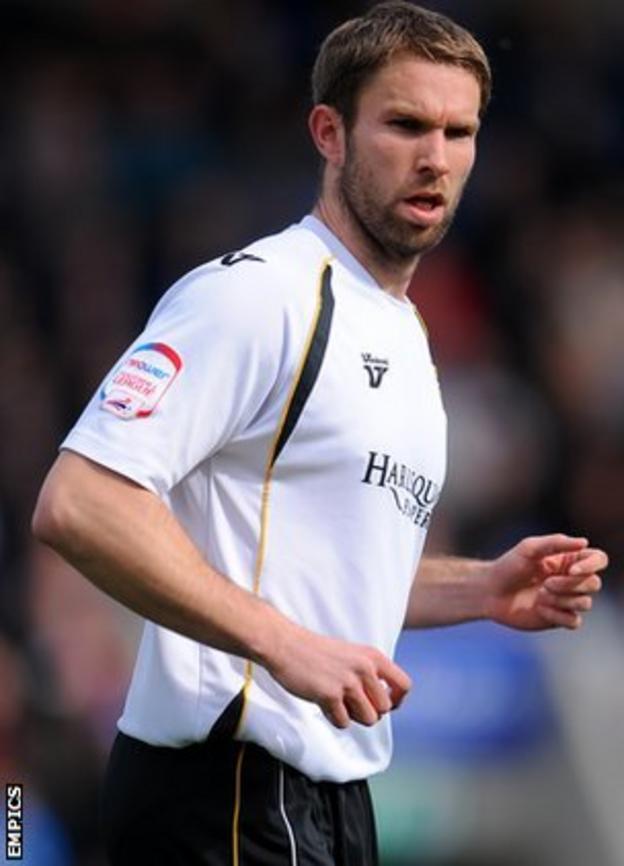 And although prospective owner Keith Ryder has yet to complete his takeover, 27-year-old McCombe is optimistic about the future in the Potteries.

"But I hope the takeover will be sorted soon and the gaffer can get out and sign some players and hopefully build a squad that can win us promotion."

The loss of midfielder Anthony Griffith to Orient and strikers Sean Rigg and Marc Richards to Oxford and Chesterfield respectively has left Vale's squad looking thin.

Manager Micky Adams is currently operating under a transfer embargo which will only be lifted when the expected takeover is completed.

When last season ended, midfielder Doug Loft and defenders Gareth Owen and Adam Yates were the only three players still under contract after 30 June.

I don't want to be at a club who are not challenging for promotion. I want to be playing at the highest level I can

But after joining midfielder Rob Taylor, keeper Sam Johnson and strikers Ben Williams and Lewis Haldane in committing his immediate future to the club by signing a two-year contract, McCombe is confident things will soon start to move at Vale Park.

"We had the chance to meet Keith Ryder at the end of the season," added the former Vale captain. "He seems a really nice man, a good businessman and hopefully the gaffer will soon have the scope to sign six or seven new players.

"I don't want to be at a club who are not challenging for promotion. I want to be playing at the highest level I can and I'm glad to be offered another two years.

"I had a bit of time to think about it," said the former Huddersfield Town stopper, who has made 174 appearances, scoring 15 goals, since signing in the summer of 2008 from Hereford United. "But I've got a lot of friends and I really love it here."